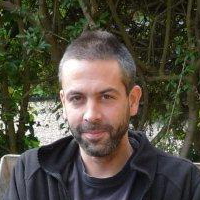 Jake has been a programmer ever since being bought a ZX Spectrum for Christmas at the age of eight.

After reading Mathematics and Computation at Keble College, Oxford, he began his career as a tools programmer at Rebellion, and is credited on the infinitely successful Aliens vs Predator (1999) as well as GunLok (2000).

He then looked for a more conventional job, which he partly found at Software Imaging (formerly Software 2000) where he slaved away over a hot gdb for many years debugging Windows printer drivers and their installation and uninstallation, until the company’s embracing of the smartphone revolution in the late naughties, during which he was able to play a somewhat creative role in the development of MotoPrint and other similar device-bundled printer-independent apps.

Since then, Jake has embarked on working directly for individuals and small companies, primarily developing websites and their functionality whilst also focusing on usability, presentation and layout, and occasionally extending the graphic design aspects to printed media.

He is also a collaborator with Emogrifier (a PHP library which helps ensure your artistically-created HTML emails will present as intended across the majority of email clients), and occasionally provides insightful expertise on Stack Overflow.  And he has a profile on LinkedIn (which, like this website, is in need of an update, but he is always too busy working on client websites or other projects to do so).